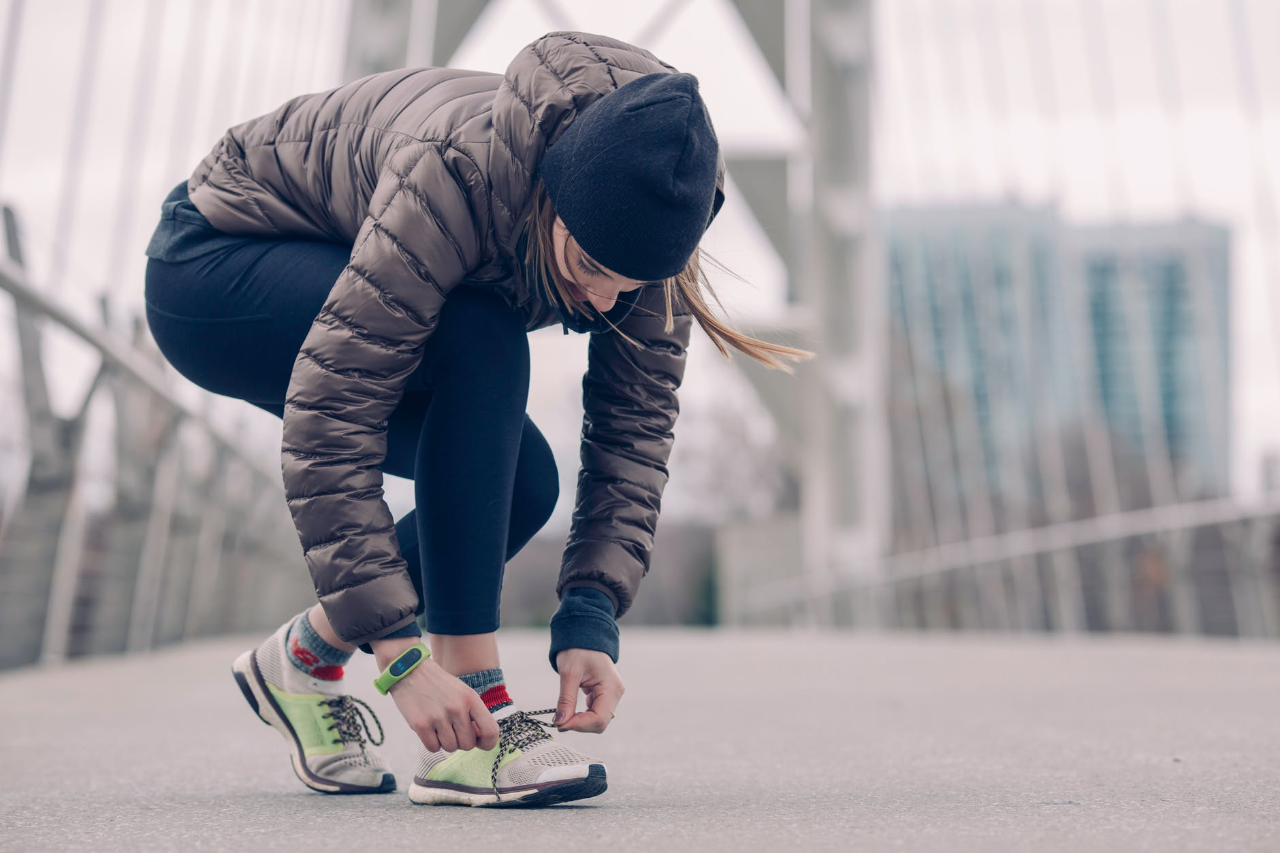 In the six years I’ve been running my personal training business, I’ve had the pleasure of working with clients from all walks of life. From beginner trainees, to endurance athletes, to brides-to-be wanting to feel their best on their big day. I’m honored to have played a tiny role in so many people’s lives.

Some of my favorite success stories are more internal than external. The caregiver who overcame feelings of guilt to make time to squeeze in a few stress-easing workouts each week comes to mind. So does the woman who overcame beliefs about what exercise was “supposed” to feel like. That client went from zero physical activity to completing a half marathon within our first year of training together.

While not always “Instagram-able” transformations, I believe these internal journeys have just as much of a positive impact on an individual’s life than the dramatic weight loss stories or feats of amazing athleticism, if not more. They build a solid foundation to continue creating habits that improve one’s well-being and self-confidence over the long-term.

From a physical standpoint, my favourite success story comes from a client who went from an intense case of plantar fasciitis that stopped her from running for six months, to completing a whopping 14 marathons within an 18 month period.

From 2014 to 2018, I ran a boot camp for runners on Saturday mornings. Most of the runners in attendance were recreational runners training for races within the 5k to half marathon distances. My Saturday morning boot camp was usually the only strength training they did, so I dedicated a lot of time and research to understanding the specific needs of a runner. Combining that with my own experience of being an avid triathlete, I created a training style that blended traditional strength training with pilates, yoga, and rehabilitative exercises most runners are given after they become injured.

Even with only one session a week, my runners were getting great results. They were shaving a significant number of minutes off their race times and they were noticing a dramatic reduction in the aches and pains that come from hitting the pavement for miles and miles.

Her Fitness Journey Was Put to a Halt

After 18 months of weekly boot camp classes, one of my runners’ journeys was put to a halt. This was while training for her first marathon. The marathon training plan provided by her running group required five runs per week, which she did in addition to my boot camp and a weekly trip up one of our local trails, the Grouse Grind. (For reference its nickname is “Nature’s Stairmaster.”)

When the pain in her heel started, she tried to ignore it (a super common thing for runners to do!). She tried to keep up with her runs until one day her body said “no more.” The plantar fasciitis was so bad she could barely walk, let alone run. I didn’t see her for a few months as she took time away from all forms of training to focus on healing. She took regular physiotherapy appointments to treat all the areas of the lower leg. But a lack of improvement left her feeling incredibly frustrated, so she reached out to me for one-on-one training to at least build up the strength in the rest of her body while she waited for the plantar fasciitis to sort itself out.

Take your Fitness Business to the next level.
Start your free 30-day trial of Trainerize.

The Importance of Customization

When we started training together, our sessions were focused primarily on building her core strength and stabilizing her shoulders. Her plantar fasciitis, combined with unstable shoulders from multiple dislocations as a former competitive gymnast, made me hesitant to give her too many compound movements. We spent a lot of time on the floor!

Shortly after we began training together, I was surprised to hear her physiotherapist hadn’t done any work on her hips. I knew a lack of stability in the hips could cause a host of problems down the chain. That instability can be exacerbated by excess tension in the hip flexors and glutes.

In addition to our core training, I had her hop on a tennis ball a few times a week. This loosened up her glute medius and minimus. Within a few short weeks, she noticed the pain in her foot was beginning to dissipate. Soon she was able to walk and move without pain. We then began focusing on heavier compound lifts to train her body to move as one cohesive unit.

Many of the movements I gave her were no different than what we did in boot camp. For example, clam shells, bridges, a variety of unilateral leg training, and lunges, to name a few. This time around, the exercises were structured in a way that fit her specific body, rather than meeting the group’s needs.

After a few pain-free months, she was ready to try running again. She kept up with our weekly training sessions, limited herself to two runs per week, and added an indoor cycling class to continue working on her cardiovascular fitness without the extra impact of running. Her running times were getting faster and she was feeling stronger while running up hills. Soon she was ready to attempt training for a marathon again, this time with an entirely different approach.

Her new marathon training plan consisted of two to three runs per week, one spin class, one personal training session with me, and the occasional yoga class. She learned to be okay with believing that what she was doing was enough when her running friends were still running five days per week. She was finally listening to her body and taking extra rest days when work was busy. The client also took minor aches as a sign to slow down and focus on recovery.

And most importantly, she has learned the importance of taking a holistic approach to managing stress. She’s saying no to social outings when she needs time alone. The client is utilizing a local meal delivery service to ensure she’s fueling her body with nutrient-dense foods. She’s also using yoga to calm her busy mind. With this new approach, she’s been able to complete 14 marathons in the last 18 months. She has at least three more on the agenda this year.

Every Client is Unique

I wouldn’t necessarily recommend an ambitious race schedule like my client has had this last year and a half. However, time and time again I’m learning to drop my preconceived notions about what “should” and “shouldn’t” work for the body. I’m learning to look at every single client I work with as the unique individual they are. As trainers and coaches, it’s our responsibility to ensure we aren’t putting our clients into boxes. We shouldn’t be giving them what we “think” they need. When we can take the knowledge and experience we’ve gained over our careers and combine it with a sense of curiosity and exploration, we’ll avoid falling into the trap of delivering standardized programs to each client. And our clients will get better results.

12 Gym Marketing Ideas to Grow Your Business November 25, 2022 The fitness industry continues to grow, and so does the competition. So, as a gym owner, how do…
11 Highly Effective Gym Advertising Ideas and Examples November 16, 2022 Gym advertising is a great way to get people to sign up for your programs. Here’s 11 examples…
7 Ways to Motivate Your Personal Training Clients  November 15, 2022 One of our key roles as personal trainers is learning how to motivate personal training clients to stay…